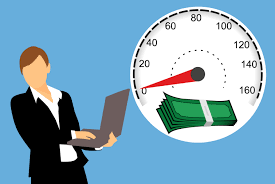 In the second quarter of 2019, wages for U.S. workers were 4.0% higher than at the same point in 2018, with the average wage level increasing $1.09 over the year to reach $28.54 an hour, according to the findings of a quarterly analysis of workforce trends performed by the ADP Research Institute.

Broken down by region, the analysis found that the region with the highest average hourly wage rate as of June 2019 was the Northeast ($31.99), followed by the West ($30.69). Yet the findings also indicated that the highest level of annual wage growth was in the Midwest (4.5%), even though this region had the lowest hourly wage rate ($26.57) and the lowest employment growth rate (1.0%). The results further showed that job switchers in the West had the strongest average wage growth (7.3%), while workers in the South and the Northeast had the lowest wage growth (3.6%). Broken down by firm size, the analysis revealed that workers at large firms had the highest wage growth (5.1%) and employment growth (3.1%) rates.